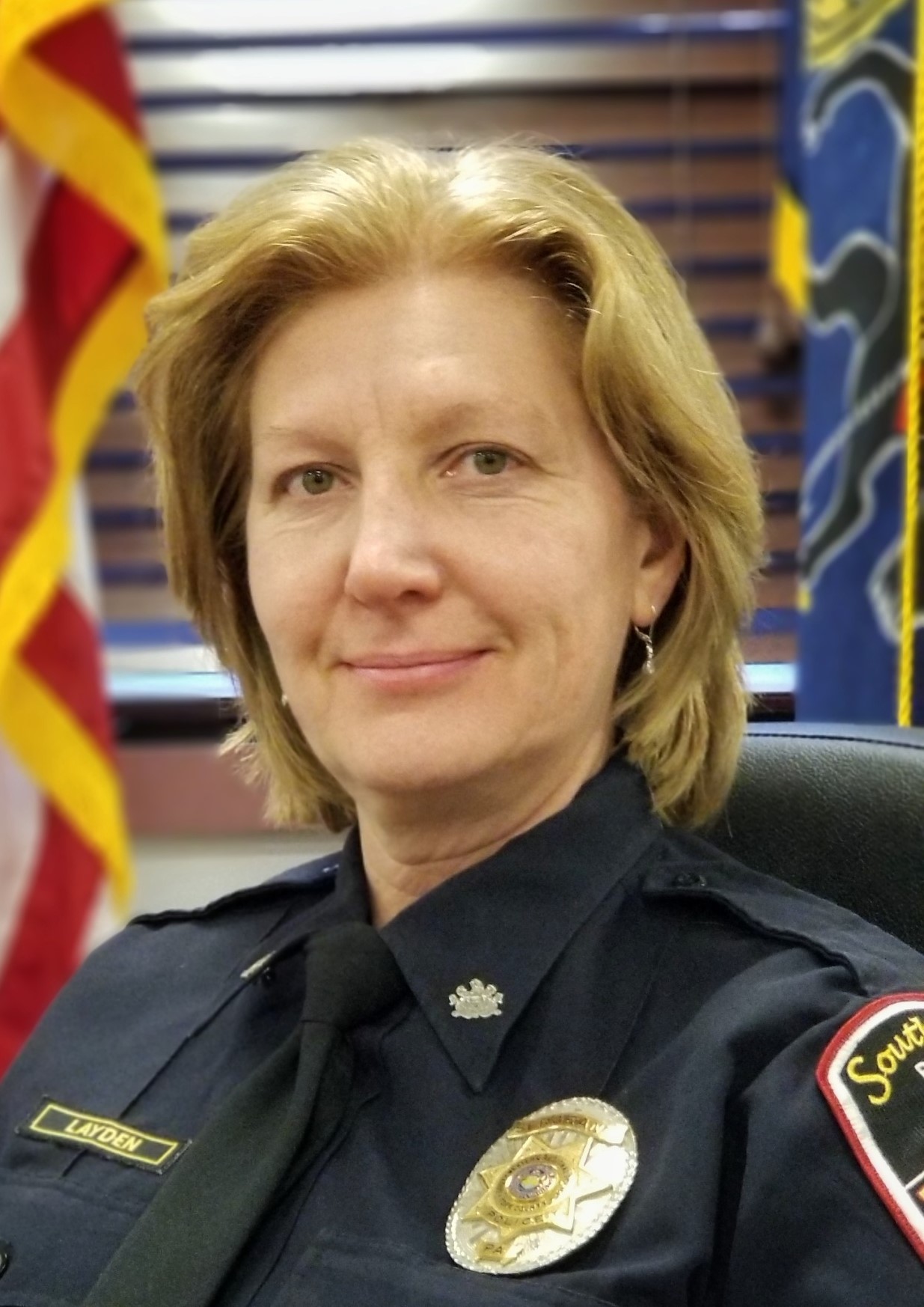 Layden is currently a Detective-Sergeant with the Southwestern Regional Police Department in York County, Pennsylvania.   Layden has been with the department since 1996 and has previously held the ranks of Patrol Officer and Patrol Sergeant.  In her capacity with Southwestern Regional PD, Layden is the lead investigator for major crimes, department supervisor for criminal investigation and crime prevention, primary Internal Affairs investigator, and training officer for patrol and supervisors.  Layden is certified as an Expert Witness for investigation of Child Abuse and Application of Pennsylvania Child Protective Services Law in Federal Court.   Layden was named Officer of the Year in 2002, 2012, and 2017 and received and Academic Achievement Award in 2007 and 2010.  She has received numerous commendations during her tenure.

Layden currently resides in York County, PA with her husband Dale.  They have three grown sons Dan, Tod, and Andy.  She enjoys making mosaic art pieces and wildlife pen and inks.  Layden is a runner, participates in 5K’s, and is training to run in future marathons.

West Hempfield Township Manager Andrew Stern commented “We are very excited to bring Lisa on as our new Chief.  Lisa is a very qualified, experienced, and educated candidate for this position and quickly rose to the top during the application and interview process.  We believe Lisa will bring a fresh perspective to our department and continue the high standards and pride established by retiring Chief Pugliese. Lisa is a great fit for our community and we are certain she will be warmly welcomed by our residents, businesses, and organizations.”